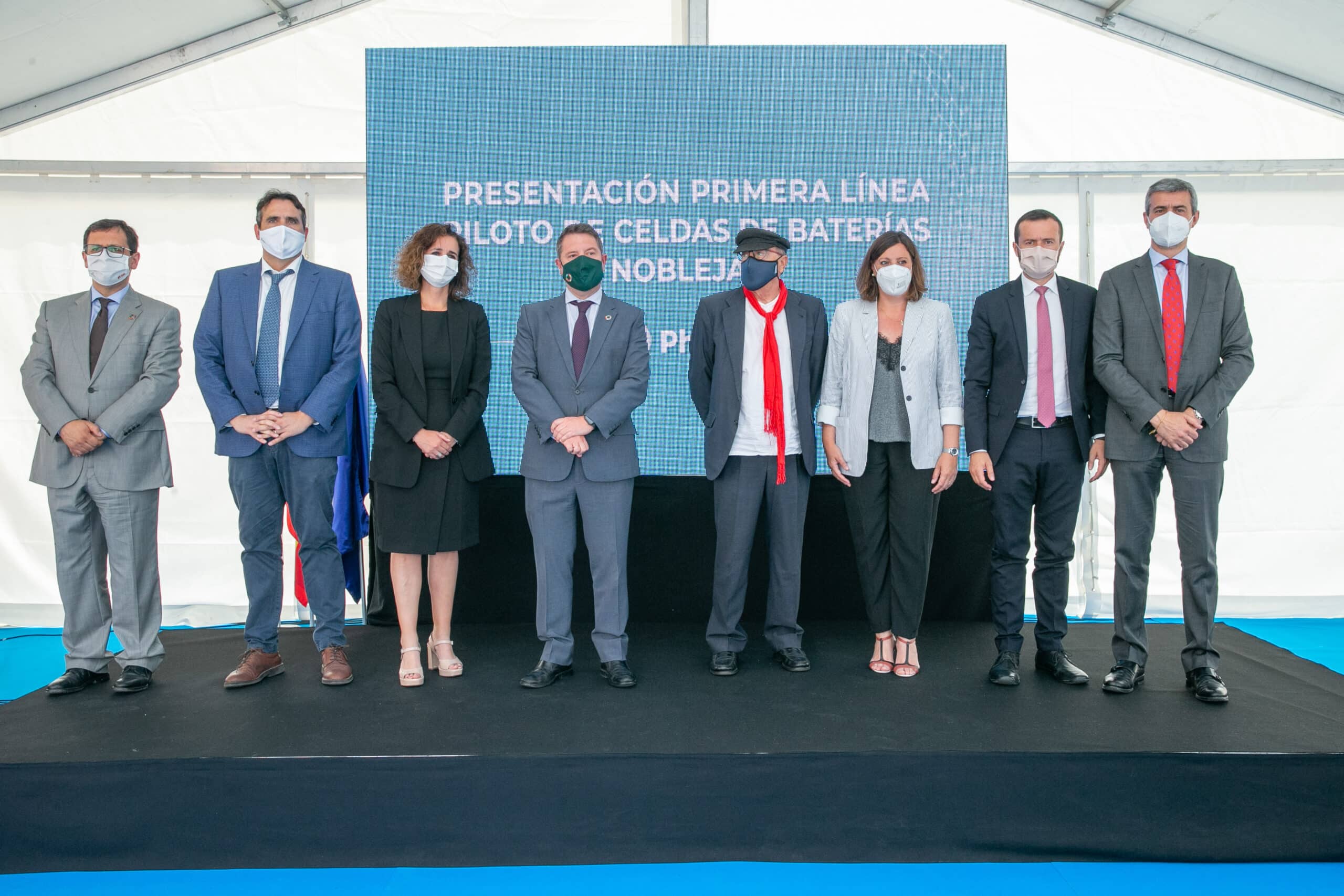 Phi4tech is based in Noblejas, Toledo, where the battery cell advanced research laboratory is located. This laboratory was visited last December by the Minister of Sustainable Development of Castilla-La Mancha, José Luis Escudero; the Secretary of State for Energy, Sara Aagsen; the General Secretary for Innovation, Teresa Riesgo; the Secretary-General of Industry, Raúl Blanco; and the Councilor for Ecological Transition and Sustainability of Junta de Extremadura, Olga García.

Once the comprehensive energy storage project was announced last March at a press conference together with the President of the Extremadura and the Secretary-General of Industry, the next step was to announce, together with the President and authorities of Castilla-La Mancha, the start of the construction of the first battery cell pilot plant in Spain, which will be located in our facilities in Noblejas.

This first production plant represents an initial investment of 12 million euros, with the creation of 25 direct jobs, and will have a capacity of 300 MWh before the end of this year. This project will produce the first battery cells manufactured in Spain, for which there are already agreements with end customers.

The project is to expand this production plant in Noblejas to 2 GWh in the short term, entailing a global investment of 80 million euros and a total creation of 150 jobs.

Extremadura will lead the first comprehensive energy storage project in Europe. Today it is the only region of our continent in which lithium extraction is going to be developed, in the Las Navas mine, together with a lithium transformation factory and nickel extraction in the Aguas Blancas mine in Monesterio. The construction project for the battery cell factory in the Southwest European Platform in Badajoz is about to start, and the construction of a cathode factory will shortly begin in the province of Cáceres.

It is an inclusive project that already begins with a global investment of more than 1,000 million euros and that will create altogether more than 1,600 direct jobs, to which it will be necessary to add indirect ones.

We are using cookies to give you the best experience on our website. You can access CONFIGURATION to know about them and select them manually. You can also accept or reject all cookies by pressing ACCEPT or REJECT.

Some of these cookies are essential as they enable core functionality, while others help us to improve your experience by providing insights into how the site is being used.

These cookies help us to improve the way our site works, for example, by ensuring that users are finding what they are looking for easily.